Every three years, the Programme for International Student Assessment (PISA)—an initiative of the Organisation for Economic Co-operation and Development (OECD)—surveys 15-year-olds around the world. Since 2012, this survey has measured, among other things, their financial literacy with an eye on one simple question: How well-prepared are young people for the new economic environments that are becoming more global and more complex?

The answer received every three years is troubling. Many teenagers are not prepared.  As for U.S. students, they do about average compared to other young people around the world. But average isn’t good enough. 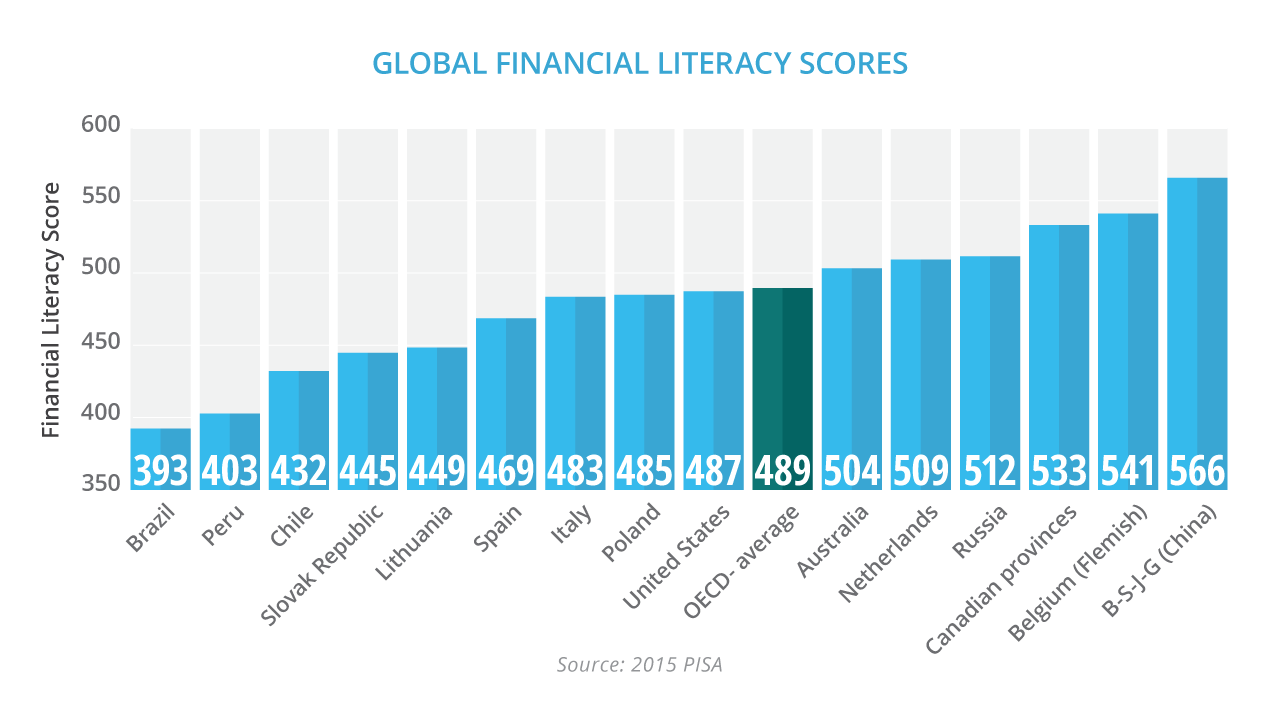 The PISA results are broken down into five levels of proficiency. Level 1 refers to students who lack even the most basic financial literacy skills. That’s where 18 percent of U.S. students in 2012 were found. This also means that about one of every five teenagers is not equipped to understand the complex world they face

Young people can do much better than that. And it’s not just that U.S. teenagers are average. They are stuck at average. From 2012 to 2015, there was no improvement in how much U.S. teens know about personal finance across all levels.

On the other end of the spectrum is Level 5. Students at this level—10 percent of the total—are considered highly proficient. We need to see that percentage grow significantly.

Check out these resources about the assessment

An overview of the PISA Financial Literacy Assessment

This presentation provides an overview of what the Program for International Student Assessment (PISA) is, what countries participated, and some of the major findings.

The OECD published its results of the 2015 PISA, this report includes information about the Program for International Student Assessment (PISA) and how students performed in the U.S. and around the world.